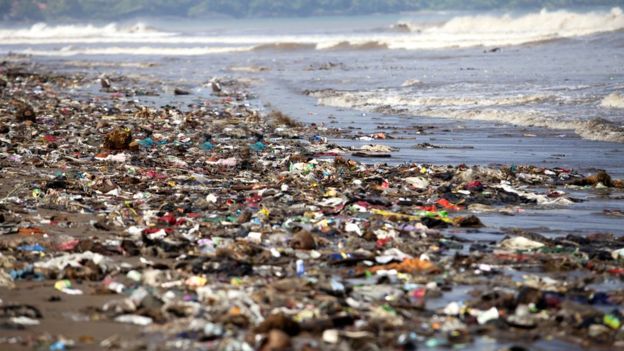 Plastic has grown to become one of the largest dangers to our environment due to its large usage around the world. Global plastic production has dramatically increased from 15 million tonnes in 1964 to over 311 million tonnes per year and is expected to rise further. The main contributor to this figure is packaging, which uses more plastic than any industry and is estimated to account for around a quarter of all plastic production worldwide. Many companies opt for plastic because of its versatile nature and cost advantages, but these aren’t the only 2 factors that should be taken into account and many global companies are recognising this.

The worrying rise in plastic usage has gained recognition in recent years, but significantly started to catch the public eye through the nature documentary that aired in late 2017, Blue Planet II. With this increased public support, the British government announced that it was considering a ban on all single-use plastic products, the BBC announced its intention to ban these single-use products from its organisation by 2020 and even Queen Elizabeth II joined in by banning plastic bottles and straws from the royal estates. Therefore, you could say thatinterest has increased significantly.

Single-use plastic products include useful, yet problematic items such as cotton buds, cutlery, plates, straws, drink stirrers, bottles and most food packaging. In addition to fishing gear, these things account for around 70% of the marine litter in Europe. This is an astonishing figure but by following a few simple tips, you can do your bit to help reduce this.

Many people have a morning ritual of picking up a coffee from the nearest Costa or Starbucks to prepare themselves for the long day at work that lies ahead. However, this is very damaging to the environment as these cups take around 20 years to decompose if just thrown away, which is often the case due to the inner polyethylene liner making them difficult to recycle.

The best option to take if you need your coffee to function properly at work is to buy a reusable cup. Both Costa and Starbucks sell these in store and also offer a discount of 25p on each drink you purchase when using your own cup. This means you’ll make your money back and continue to save in the future.

If you don’t fancy a reusable cup and want to continue with the normal cups, make sure you keep hold of it and take it back into the store the next day to put into their dedicated recycling station. This ensures that it’ll be recycled properly.